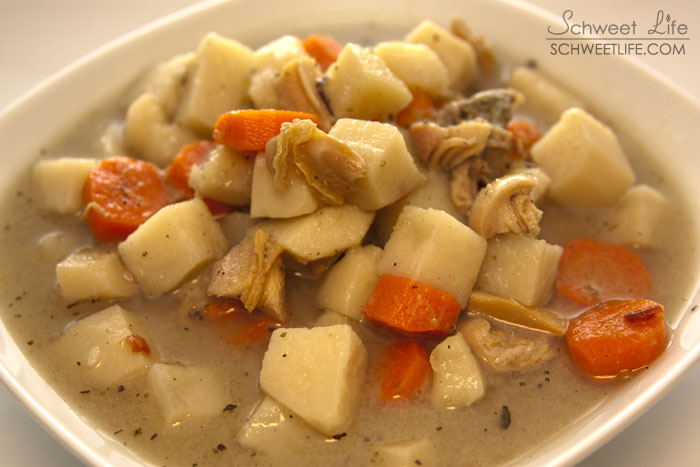 I went grocery shopping, cleaned meat and veggies for stocking away in the freezer, and prepared my meals for the week of Christmas over the course of about two days. As a result, I had little interest in spending a lot of time in the kitchen cooking for the New Year so I decided to keep things even more simple. 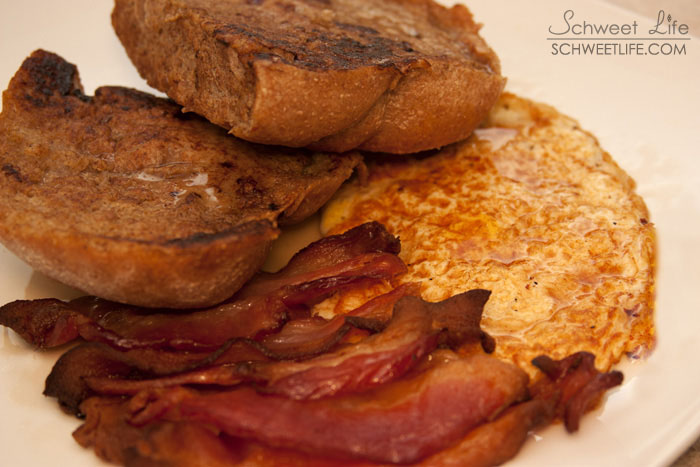 Good French toast is like a bit of heaven made from flour with a dusting of cinnamon and touch of sugar. It’s one of my favorite things to eat for breakfast, yet I’m extremely finicky about it and tend to avoid ordering it when I eat out for breakfast. I’ve found that a lot of places use that fake egg stuff from the carton which tends to make me sick (hence the term “fake egg stuff”).

For years I made French toast by dipping bread in beaten eggs, sugar, and cinnamon. Then a bit before Christmas, I was watching an episode of From Martha’s Kitchen and I realized that I’d probably been making French toast (deliciously) wrong for years. I didn’t exactly follow her recipe but made the batter thinner by using soy milk and soaked the bread for a bit longer. Using a longer soak time with the previous batter would have made the middle of the French toast a bit too eggy. The bread was fairly crusty and I was worried about crumbs going everywhere so I sliced it horizontally but I’d recommend slicing it the regular way because its easier to cook evenly. 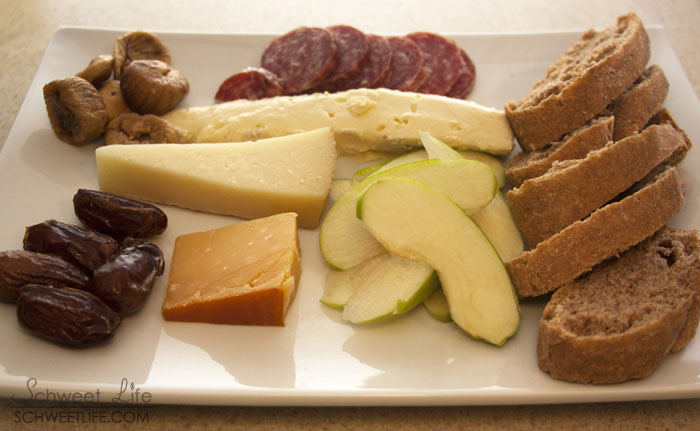 I like cheese platters but I am somewhat allergic to dairy / lightly lactose intolerant. (Life can be terribly unfair.) I wasn’t planning to make a cheese platter but I happened to be passing by Trader Joe’s and decided to pick up some goat cheese for my phyllo dough creation. I normally buy my cheese platter cheeses from Murray’s Cheese but figured I could give Trader Joe’s stuff a try but stuck to my basics of brie, aged gouda, and manchego. I completed the platter with dried dates and figs, salami, thin slices of Granny Smith apples, and my homemade French bread.

Aged gouda has a caramel flavor, I don’t like anything overly sweet or salty so I balanced out the flavor with the savory salami. Dates can be overly sweet so I ate those with brie which is mellow in flavor but rich in texture. I somehow forgot that I’m not a big fan of manchego (it kind of reminds me of bland white cheddar) and grudgingly ate the manchego with the apple slices. The dried figs went with everything but they’re far better in-season when they’re available fresh and look a lot better.

Winter = soup. I like soups to be hearty, lightly flavored by meat, primarily comprised of vegetables, and most importantly easy to make. Chowders are great because they use a few ingredients and are flexible. During the summer I make them with fresh corn and in the winter I “beef them up” with clams.

I brought a pot of water to a boil, added the clams to the pot, let them cook until they opened, placed them in a colander under running cold water to cool them down, and strained the liquid to remove any grit. I then chopped the veggies, added them to the clam juice liquid along with seasonings, and let it cook over a low fire until the veggies were soft. Once the veggies were soft I added a mixture of coconut and soy milk along with the clams which I’d chopped by that point.

This was another shot at working on my clam chowder technique. The flavor is perfect and the texture is close to where I’d like it to be without using cream but the clams aren’t tender enough. I used chowder clams this time but might try little necks for my next attempt. 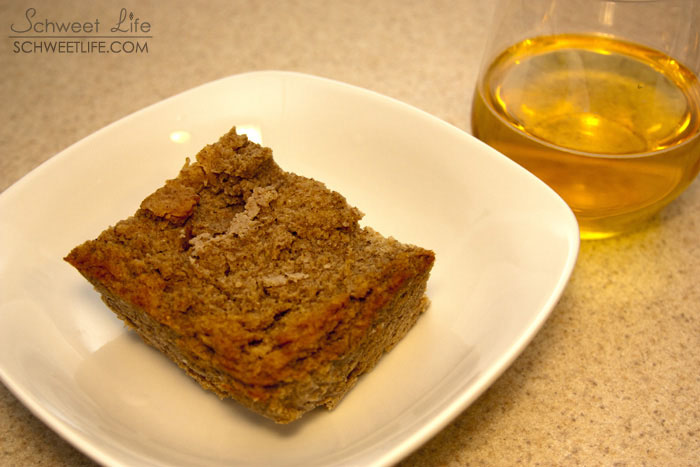 As a kid, I visited a bakery and saw a tray of wet bread in a sea of questionable liquid. The sign said “bread pudding” and thus began my refusal to eat bread pudding of any kind. A few years ago a co-worker brought in mini bread puddings as holiday treats for the department. Shocked to see that it wasn’t a pan of soggy nastiness, I gave it a try and ended up liking it.

I knew that I planned to bake bread over the holiday and figured it would be a good opportunity to take a shot at making bread pudding. It turns out that in a way, its quite similar to making French toast. And I love French toast. A lot.

I didn’t use a recipe so I worked things out as I went along. As a result, I ended up making far more than I planned to and in trying to avoid making it too sweet, I didn’t add enough sugar. I baked it until the inside was pretty dry to avoid the possibility of “wet bread” so the texture was just right for me. Next time I’ll make it a bit sweeter and will either make the pieces bigger or cut the bread into slices so it looks a bit more attractive.