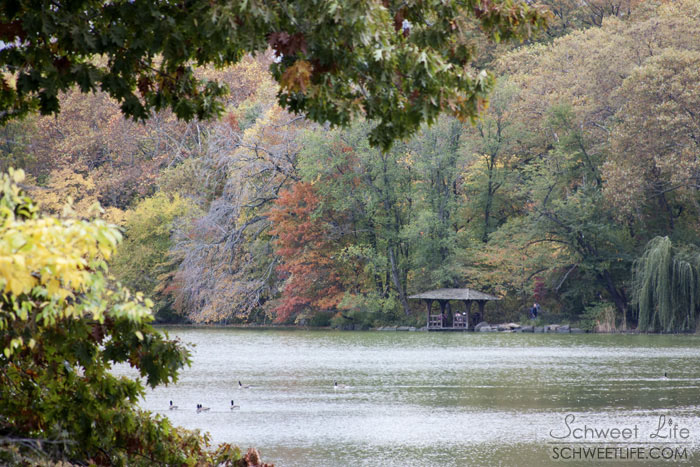 Odds are that whatever adjectives, terms, etc you can think of to describe a city, New York City would fit the bill. As a result, its easy to think about NYC as a metropolis of steel, glass, and concrete while overlooking that at a point in time the city’s appearance might have had quite a bit in common with the greenery and open spaces of Central Park. When visiting places like The Lake in Central Park, I wonder about what the surroundings and people were like decades ago. Were people back then attracted to the things that draw our attention today and were they attracted for the same reasons?

I took this photo of Bow Bridge (one of the most famous bridges in the park) the Saturday before Hurricane Sandy hit and it was kind of interesting to see how still the sky and The Lake were compared to the various activities of animals and people throughout the park. 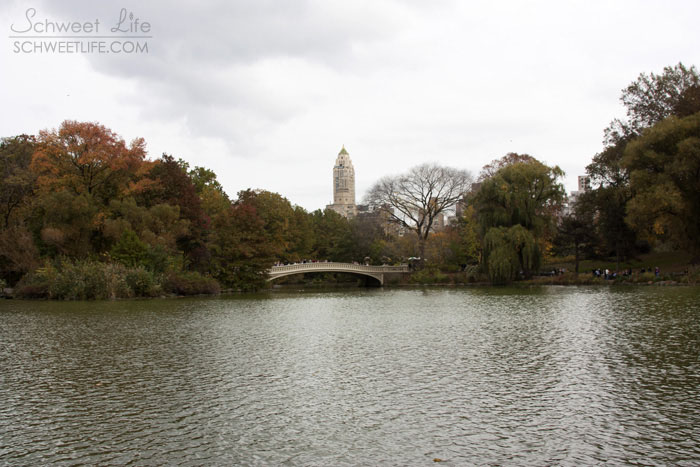 My main reason for visiting Central Park was to see the changing of the leaves. Given that the biting cold of New York’s winter hadn’t rolled in as yet, the vast majority of trees still had leaves and their colors had only just began to change within the last few weeks. Yet, there was just enough change to ensure that I didn’t leave the park disappointed. Throughout the park I saw oranges, pinks, and purples on trees and the ground set against backdrops of various shades of green and brown. 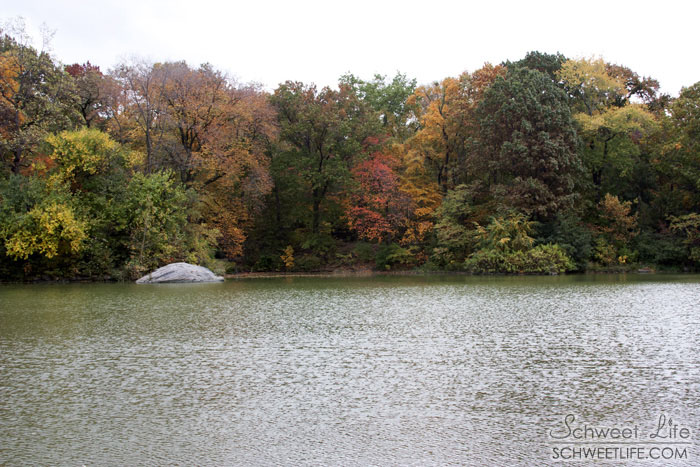 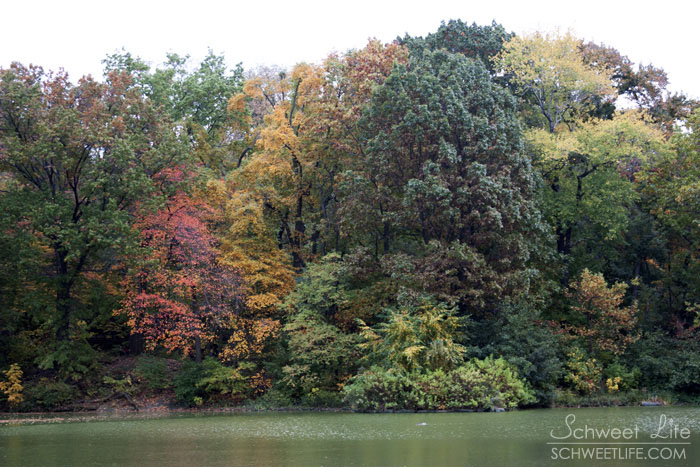 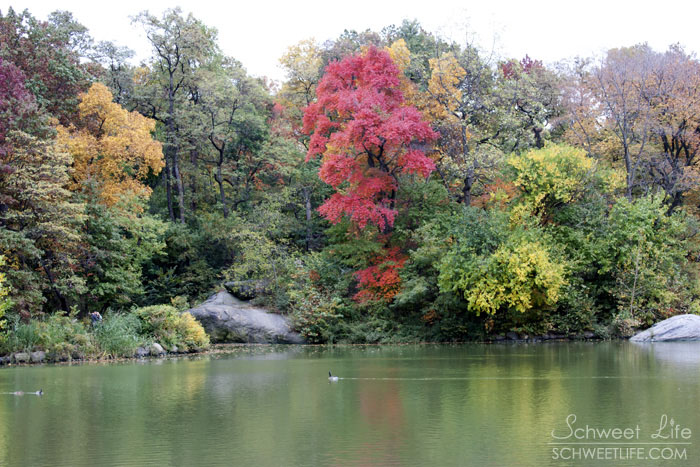 Looking out over the The Lake, I noticed that buildings could be seen beyond the trees. I thought the scenery looked a bit like there were three stories taking place. Ducks and geese intermittently glided across the water in the foreground, people milled about the grass and trees, and the buildings seemed deceptively still in the background because the hustle and bustle of the streets were out of view. 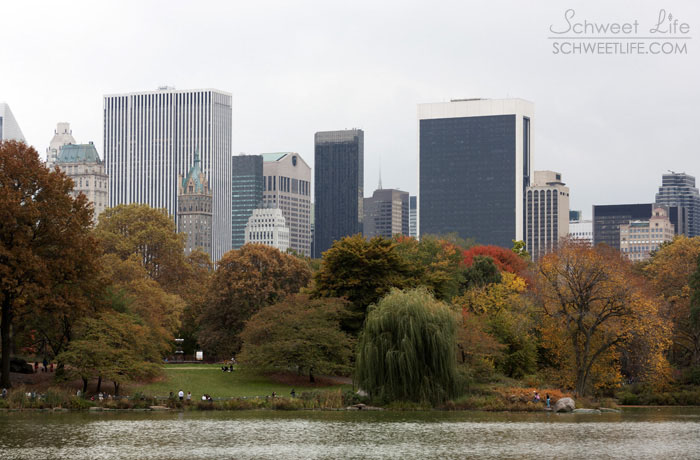 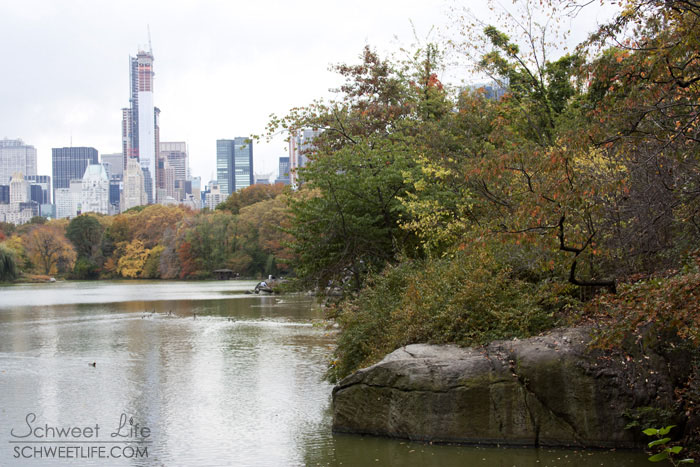 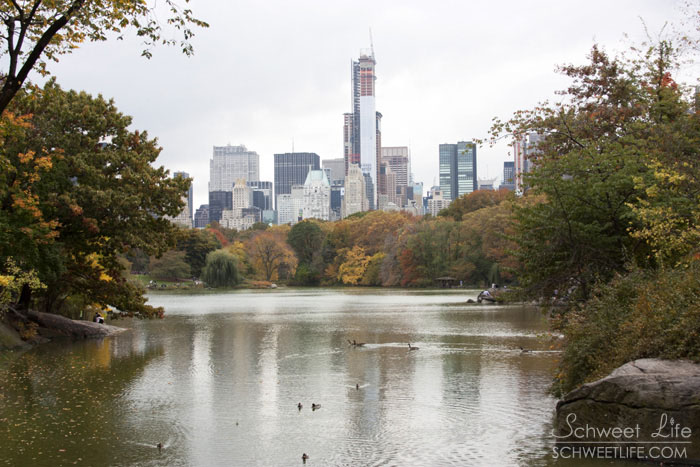 All in all, it was a good day to spend a few hours enjoying the tranquility of Central Park’s manicured landscapes.