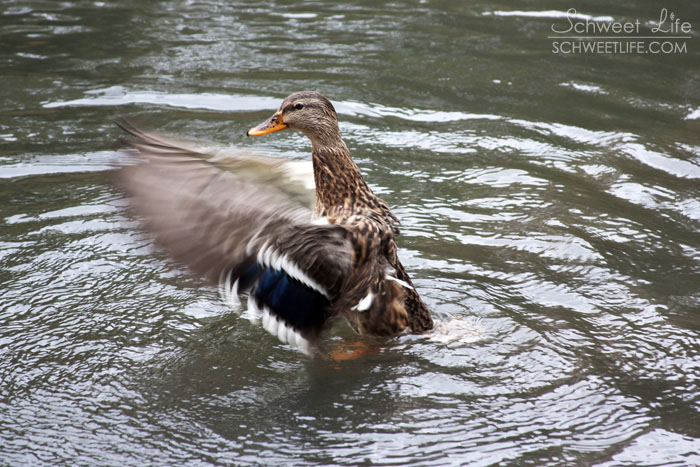 When you hear the word “animals” associated with New York City you might think of the filthy inhabitants of our subways better known as “rats” or the above ground winged variety better known as “pigeons”. However, Central Park is home to quite a bit of ducks and geese. I had a chance to get pretty close to the ducks for photos but stayed some distance from the geese because I’ve heard that they are quite unfriendly.

I spotted this duck bathing in the (questionable looking) water by ducking its head underwater and allowing the run-off to bead up and trickle down its back. I took a few photos and luckily captured a shot of the duck flapping its wings where the body seems perfectly still, the wings are in motion, and a beautiful blue stripe is visible. 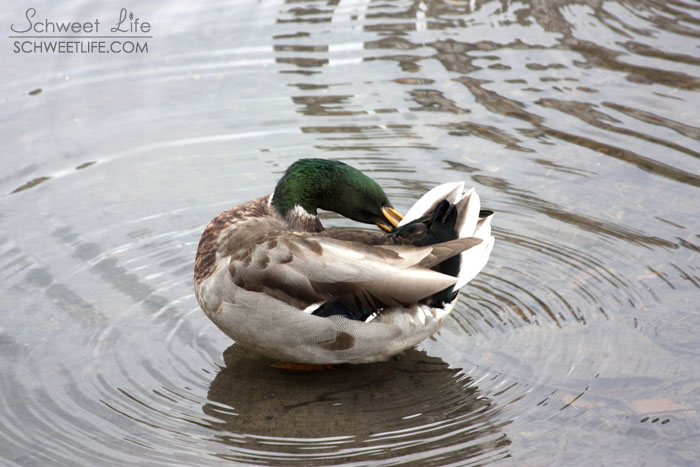 I thought that head and neck on this duck was pretty cool. Its predominately green but at certain angles looks like a darker shade of green, blue, or purple. I liked the curve of the ducks’ neck as it reached back to groom itself and the stillness of its body contrasted with the neat circular ripples of the water. 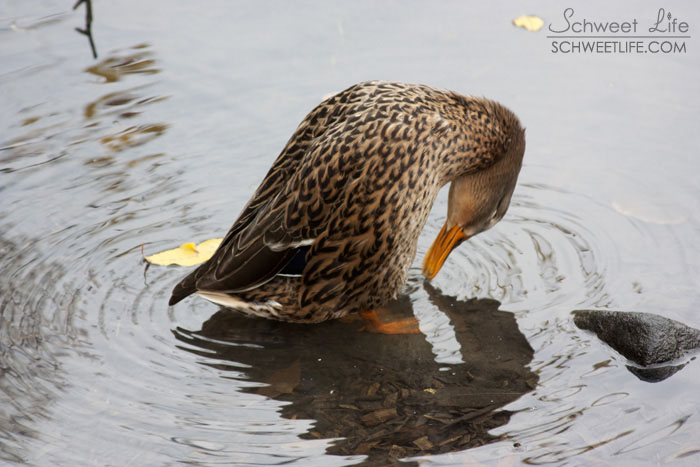 The feathers were light brown closer to the body and dark brown at the tips which looked a bit like leopard print. (I think leopard print is the height of tackiness but somehow this duck pulls it off.) I was so focused on getting a shot with the duck’s head bent that I didn’t notice at the time that the body and reflection kind of make a heart shape. 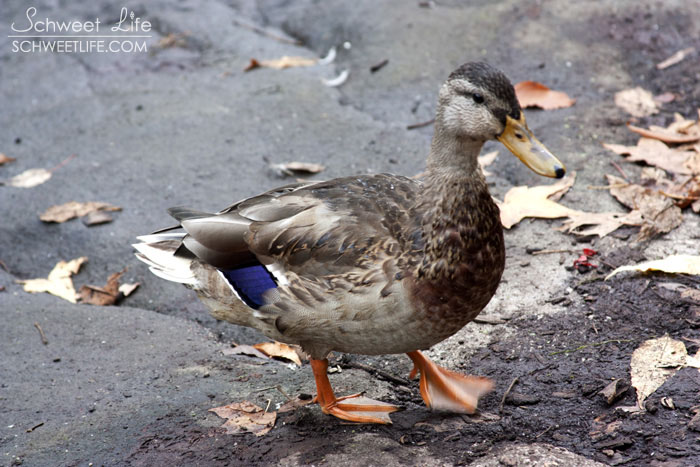 Duck on a Rock

While taking pictures of the other ducks in the water, I kept an eye this duck. It came out of the water and seemed quite comfortable / curious. I could be wrong but each time I looked away and looked back it seemed to be a bit closer to me. I knew pigeons and chickens peck but I wasn’t too sure about ducks and certainly didn’t want to find out. 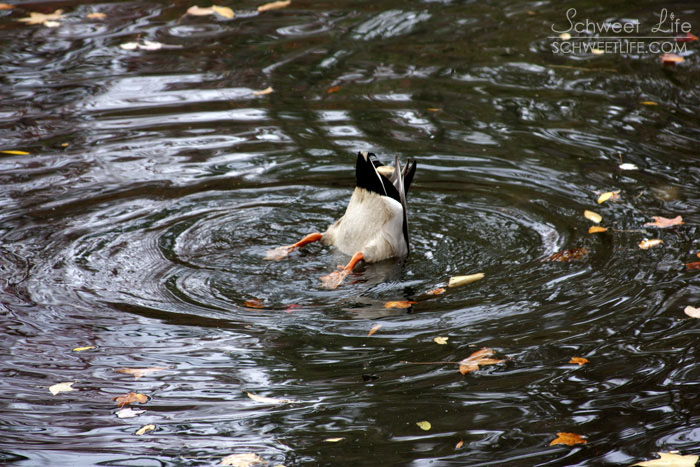 I told my mom that while I was at the park I saw a few ducks “fishing” upside down. This led to a long argument (it was probably just a few minutes but felt like forever) about whether upside down for a duck meant head down with its feet up vs. on its back with its feet up. 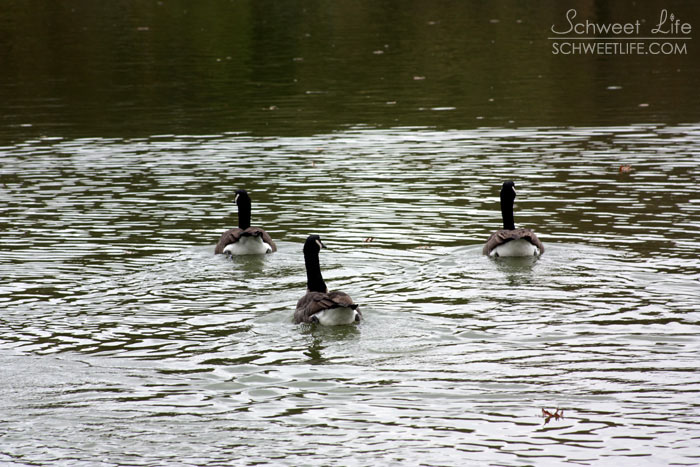 Yeah I’ve heard stories about geese. Maybe I unfairly prejudged them but I made it a point to stay far away from this lot. They were pretty cute though and didn’t bother anyone…might be a nice pet on a farm.