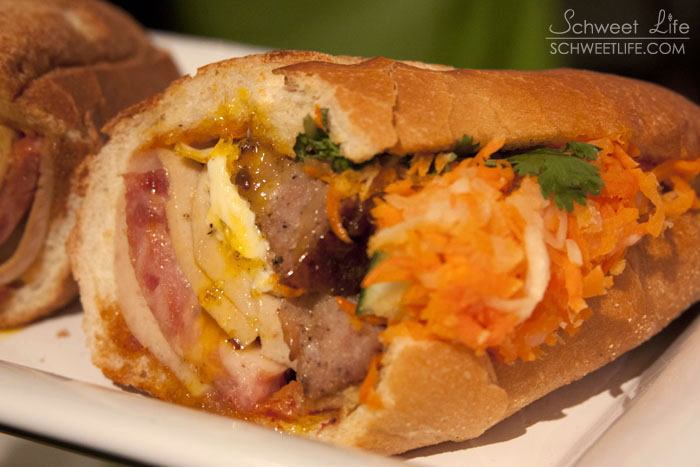 A few weeks ago I received an invitation to attend Yelp’s Summer Stunner at the Queens Museum of Art. The Summer Stunner was an evening for tasting dishes and drinks from restaurants around Queens while listening to music and viewing the Museum’s art collection. I had a good time and I hope that Yelp has more events like this in the future. My only regrets were forgetting to pick up a Yelp gift bag and that I became full fairly quickly only to end up being hungry by the time I got on the train.

It was my first time visiting the museum but I’d heard about the New York City panorama. To get to event area guests had to walk up the ramp that encircles the huge panorama which takes up an entire room. It shows the five boroughs with scale buildings, parks, bridges, etc. The buildings aren’t very detailed but its a bit like viewing the city from an airplane or using Google Maps. I’ve always liked train sets and architectural models with the little towns so I thought the panorama was really cool. 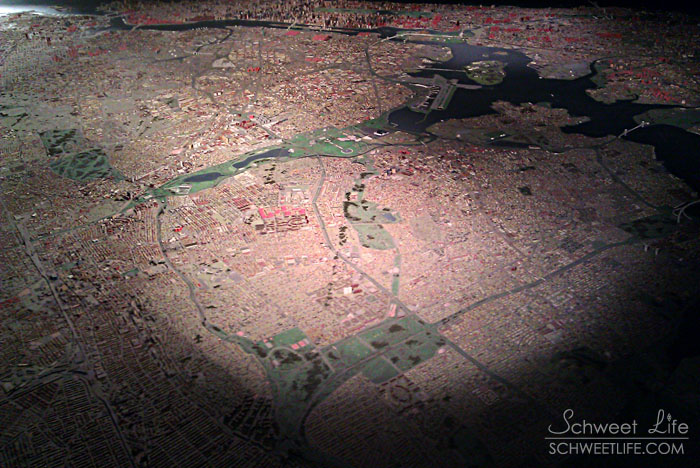 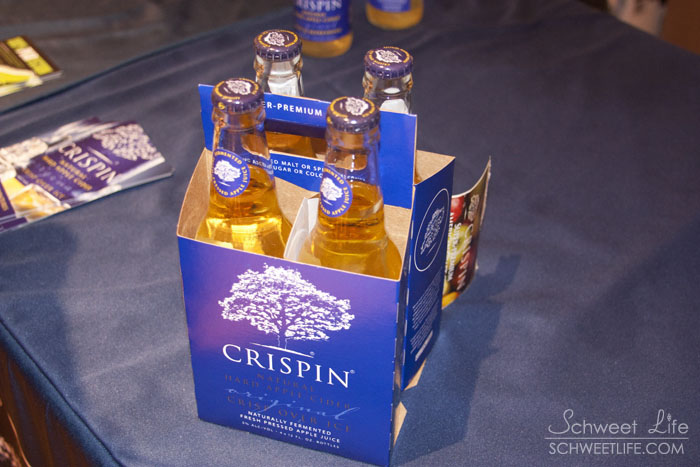 I don’t like alcohol so I tend to stick to water or soda at events. I tried Crispin’s Hard Apple Cider and Fox Barrel’s Pear Cider (not pictured) and they were light, refreshing, and sweet without being sugary. The apple cider was really good but there was a little something extra about the taste of the pear cider that made it my favorite out of the two. 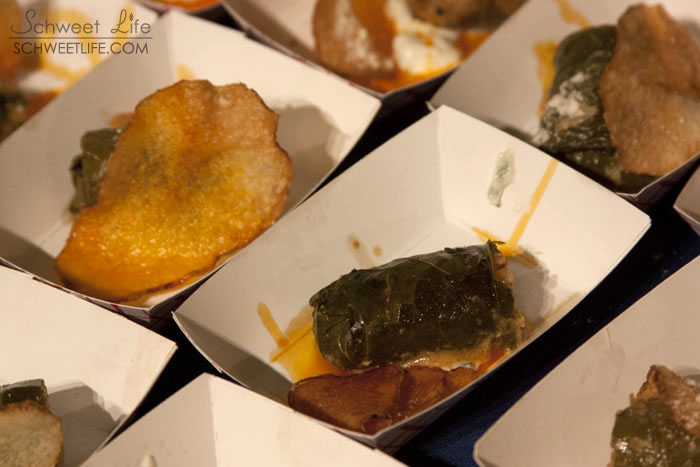 Exo is a Mediterranean restaurant that served samples of rice stuffed in grape leaves with Tzatziki and house made potato chips. I typically dislike thick cut kettle chips but I liked these and the flavor of the stuffed grape leaves were really good but I thought the rice was a bit undercooked.

Recently I’ve being hearing a lot about Bahn Ma sandwiches and they seem to be one of the hot food trends (at least in NYC). They are Vietnamese heros (or hoagies if you’re from Philly) that typically contain some kind of meat and shredded vegetables. JoJu shared the grilled chicken, BBQ pork, and beef versions of their bahn mas. I sampled one of the BBQ pork sandwiches and was a bit hesitant because the meat was kind of thick and looked a bit like SPAM (which I’ve never eaten because I distrust the use of “SP” in its name which seems to be sidestepping calling it canned ham). However, when I finally took a bite it was really good and ended up being one of my favorite items from the night. The meat was tasty and tender, the BBQ flavor was sweet but light, and the shredded carrots had a lightly pickled flavor. 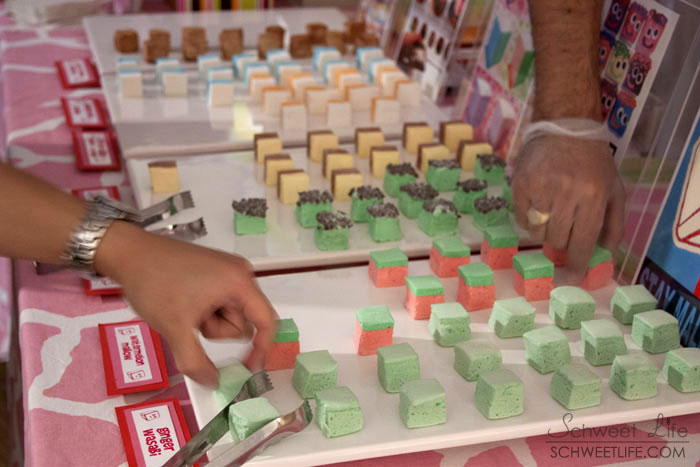 MitchMallow makes a variety of flavored marshmallows. I tried the blueberry-vanilla and ginger-wasabi marshmallows, they were both ok but I thought the flavors were a bit light and not particularly memorable. Marshmallows on their own tend to be fairly blah so maybe they would be amazing if they were lightly roasted or used in some kind of a dessert. 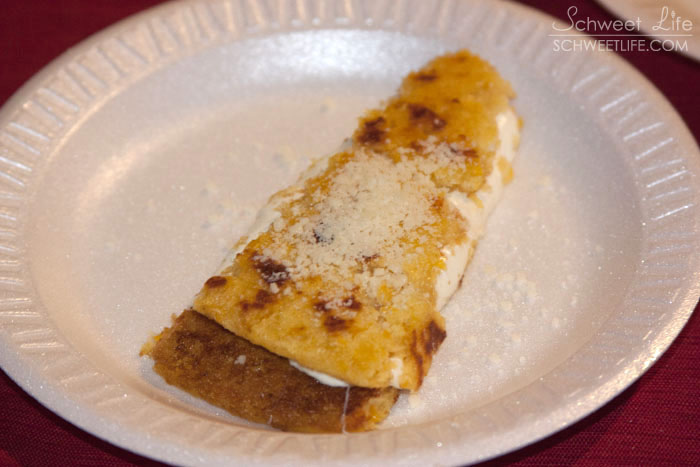 Arepas de Queso (corn cakes with cheese) are a mainstay at New York City street fairs. I’ve always wanted to try them but they’re fairly small and tend to be sold for about $5 so that gets a no bueno from me. Patacon Pisao used larger corn cakes than I’m used to seeing and referred to them as “Cachapa Zuliana”. I liked the sweet and savory flavor combination of the corn and warmed mozzarella. 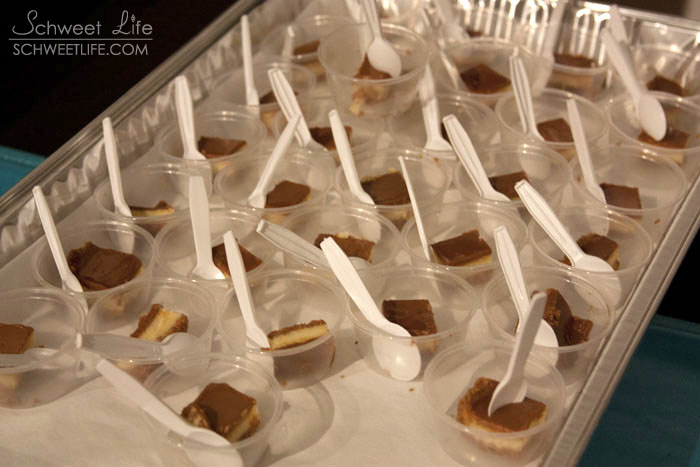 Pop City Grill served samples of their caramel cheesecake which I thought tasted a bit like homemade fudge. Unfortunately, the caramel was way too sweet for me and after one small bite of the sample I’d had enough. 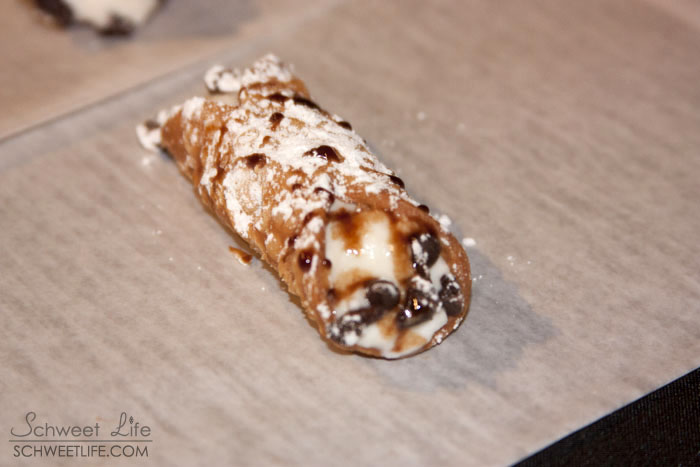 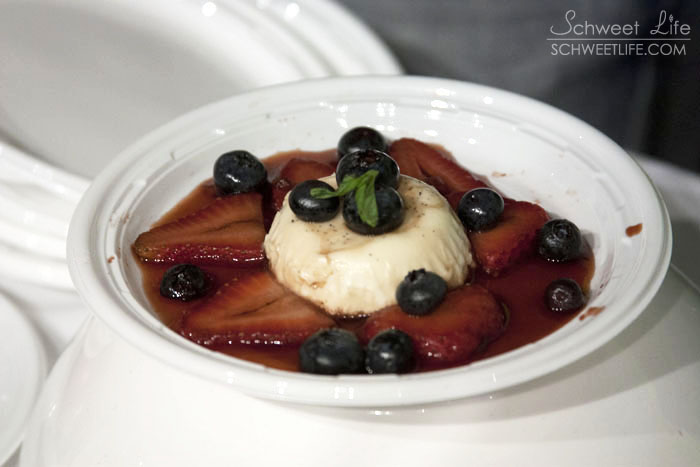 My absolute favorite item of the night was Tazzina’s vanilla bean panacotta with berries marinated in balsalmic vinegar. Panacotta is another food item that I’ve been seeing a lot of lately but dismissed because it looks a bit like flan (which I don’t like because of the texture). I decided to take a chance and was pleasantly surprised to find that the panacotta’s texture was light and creamy. It wasn’t overly sweet and the flavors from the berries added a nice touch.