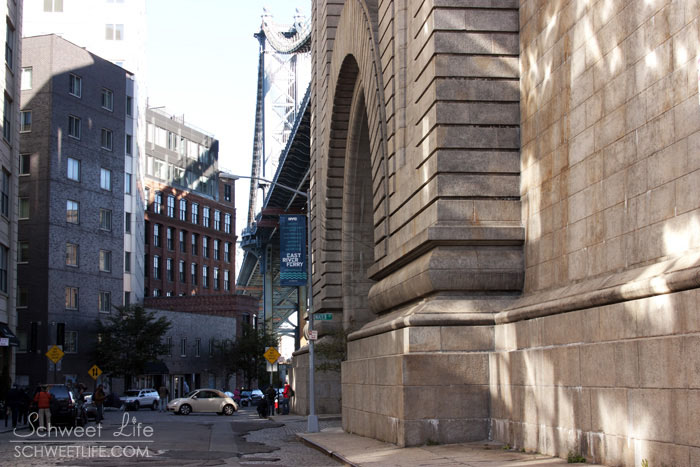 Last Saturday I attended Scott Kelby’s 5th Annual Worldwide Photowalk as part of the group that met up in the DUMBO area of Brooklyn, NY. I grew up in Brooklyn but DUMBO (a neighborhood located near the waterfront under the Brooklyn and Manhattan Bridges) didn’t become a haven for creatives and tech startups until around the time that I was in college. Since then, I’ve visited the area several times and taken pictures of Lower Manhattan from Fulton Landing.

Admittedly, the neighborhood appears a bit dark, drab, and very unlike the New York City that’s shown on postcards but that’s true for several parts of Brooklyn. As a result of being located under bridges, the massive structures cast shadows over some parts of the neighborhood. However, I think that the combination of narrow streets, cobble stones, and shadows gives the area a fairly dramatic feeling. And best of all there are a lot of great places in walking distance to grab something to eat (ex: Grimaldi’s, Jaques Torres, Smorgasbord, etc).