Philadelphia “The City of Brotherly Love” 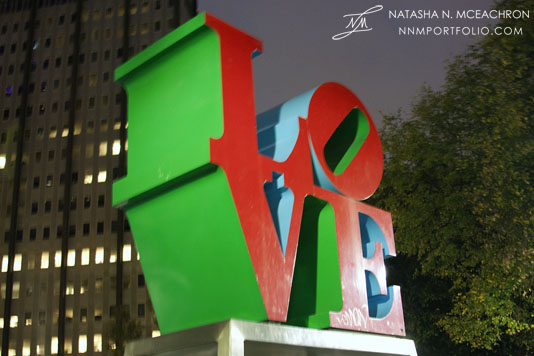 When most people think of Philly they think of cheesesteaks but the city has a lot more to offer. There is a sizable Italian community and hoagies featuring Italian cured meats are also very popular. In addition there is a vibrant Chinatown that is home to a variety of Asian shops and restaurants. I visited the city last fall with one of my photography groups and spent the day taking photos and trying to stay warm.

I had a cheesesteak for lunch (with half left over for a midnight snack when I returned home) and a hot bowl of Vietnamese Pho for dinner that was very welcome after an unexpectedly chilly day. Unfortunately, I don’t have photos of the stuff that I personally ate (I don’t like touching my camera while I’m eating) but I did take a few pictures of food items that I saw over the course of the day. 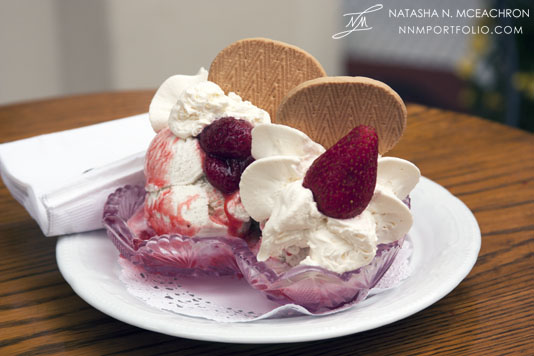 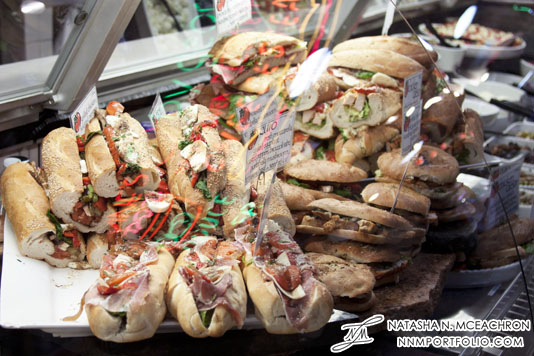 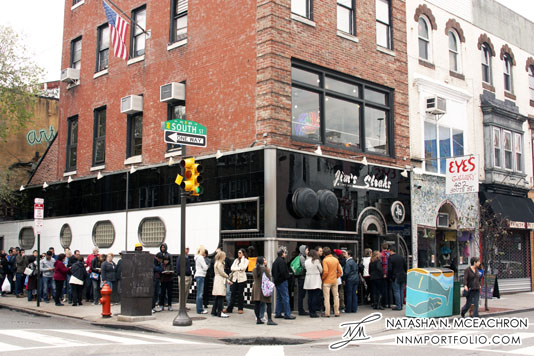 People on line at Jim’s Steaks on South Street

After fortifying ourselves with cheesesteaks we walked down to the Philadelphia Seaport and snapped photos of the boats that were docked along the waterfront. In addition to the Independence Seaport Museum ships there were also a few party / event boats and an interesting condominium building. 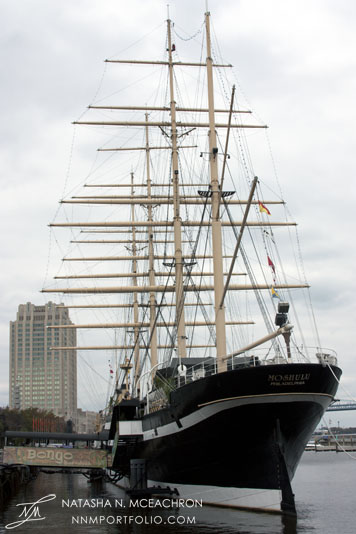 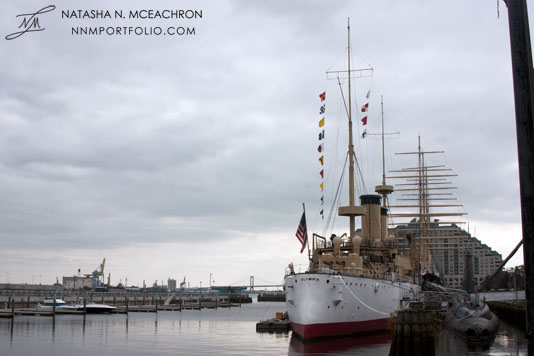 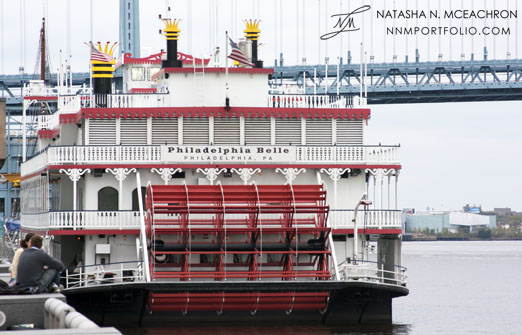 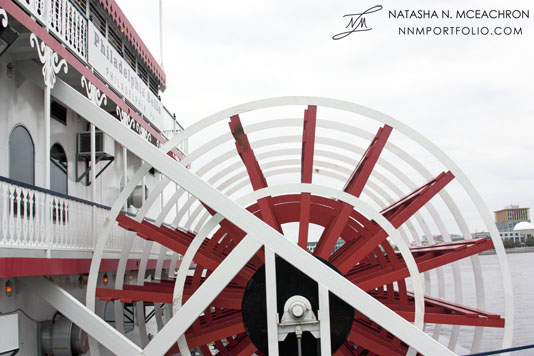 According to one of my group member’s mapping app, during the day that we spent in Philadelphia we walked about 10 miles. We primarily stuck to the center, walked east and then back west to ensure that we saw most if not all of the city’s landmarks and monuments. The line to view The Liberty Bell can get very long, (understandably) visitors are kept back some distance, and there isn’t much else to see in the building. You can avoid the hassle by viewing the bell from the large windows at the side and rear of the building. 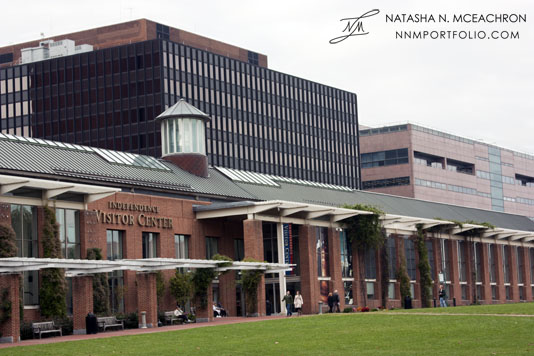 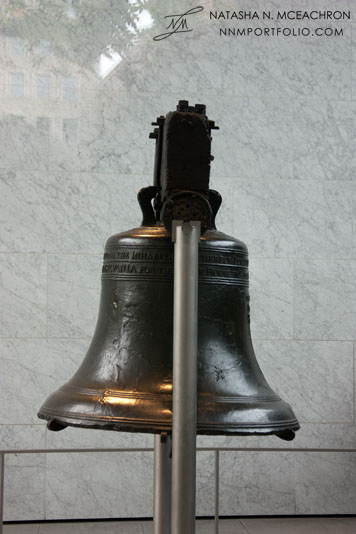 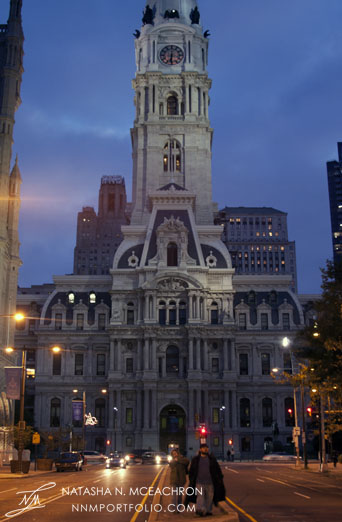 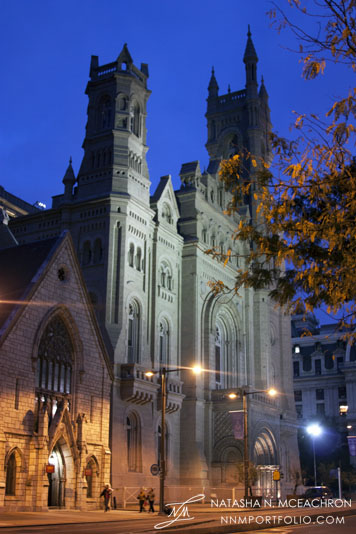 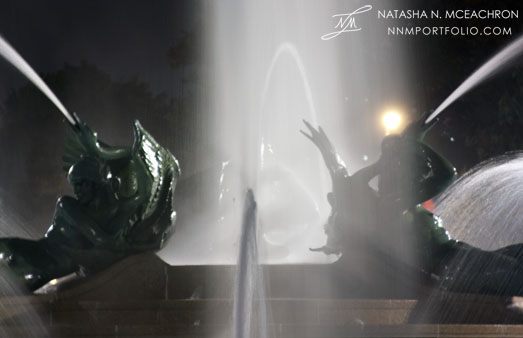 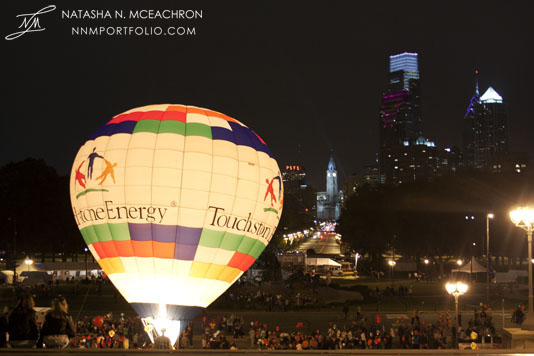 View from the Steps of the Philadelphia Museum of Art

“The Love Sculpture” by Robert Indiana