Lunch and people watching at Guanabanas 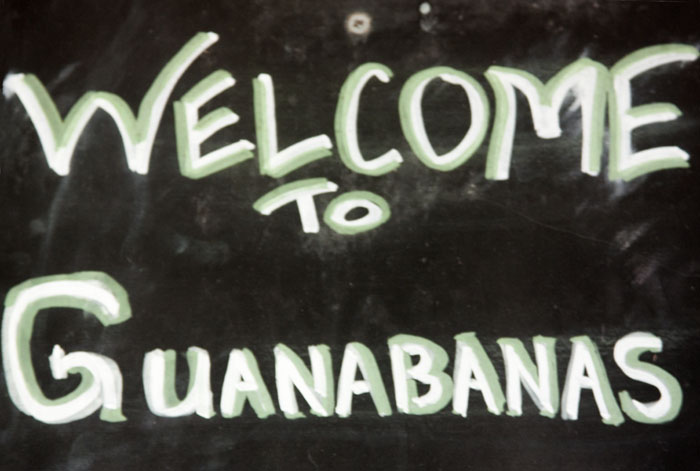 My aunt is a big fan of Guanabanas, a seafood restaurant located in Jupiter, FL. She excitedly began describing the restaurant’s atmosphere from almost from the moment that I landed in Miami and it completely lived up to the hype.

The restaurant is entirely outdoors and keeping with its tropical theme there is a large open tiki hut and the tables are covered by a canopy of trees. We arrived around lunch time on a Saturday so while there were other patrons, it wasn’t packed and we were seated quickly. We were lucky enough to be seated at a table overlooking the nearby waterway so I had a chance to snap some photos of people drifting by on various water crafts while we waited for our food.

I ordered the Blackened Shrimp Creole with sides of corn pudding and Cuban black beans with rice. There was a slight mix-up with my sides so my plate was sent back to be corrected. The shrimp was tender with a really nice flavor but just a bit too salty for my liking. (Granted, I don’t hold instances of slight saltiness against restaurants because I rarely use salt when I cook so my taste buds are a bit overly sensitive to salt.) The Cuban black beans with rice tasted good but was little cold by the time I got my corrected order. My absolute favorite thing about my meal was the corn pudding. I like corn, I like cornmeal, and it was slightly sweet so these things combined made corn pudding absolute heaven for me so much so that I’ve asked my mom to add it to the menu for Thanksgiving.