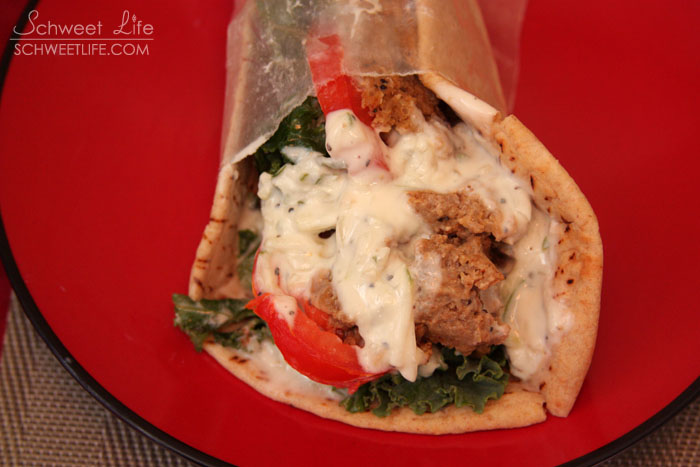 I was born and raised in Brooklyn and lived around the corner and across the street from a pizzeria for several years of my childhood. I was a regular at this place and visited many afternoons after school. It was my go-to lunch spot during summer vacation when I’d stop by for a plain slice and an Italian ice.

As with many local pizzerias, pies were made to order but slices were cut from pre-made pies and re-heated to order. While waiting for my slice to be reheated, I noticed that there was a rather large contraption with some kind of spinning unidentifiable meat. It was a carousel of meat, a “meat carousel” if you will. I don’t think I ever saw anyone slice meat from the meat carousel but it seemed to change in size and shape every now and then.

I’d always wonder about this meat carousel while I was in the store. However, for whatever reason I never thought to ask what it was called, what it was for, or what animal the meat came from. I somehow came up with the idea that it came from a cow or some other unknown large animal given the size of the slab of meat.

Years later when I was in junior high or high school my mom made a major reveal. She knew all about the meat on the meat carousel and had been eating it for years. It turns out that the carousel meat wasn’t some huge cut of meat but was actually ground lamb* that was used for a type of Greek sandwich called a “gyro”. Since then I’ve grown to love gyros. How would I describe a gyro?

A traditional gyro consists of spit roasted meat served on pita bread with tomatoes and tzatziki sauce. Let me tell you, a good gyro will reassure you that there is good in the world. Moist flavorful meat spiced to perfection on a bed of crisp lettuce with juicy slices of tomato, a generous schmear of tangy refreshing tzatziki sauce all wrapped up in a warm pillowy pita.

Gyros are traditionally made with lamb but can also be made with different types of ground meat or even chicken breasts. I normally order the traditional lamb gyro when I’m out but prefer chicken breast or ground turkey at home. After seeing someone make gyros on tv I realized that the meat is really just a meatloaf and it isn’t absolutely necessary to cook it on a spit. My turkey gyro recipe is pretty much a turkey meatloaf that’s sliced and served with the traditional gyro fixings. I like meatloaf to have a mildly sweet barbecue flavor but you can adjust the seasonings to your liking.

Preheat your oven to 400 degrees and lightly grease a meatloaf pan with oil or cooking spray.

Place the ground turkey in a medium sized bowl and use clean hands or a fork to break the meat up. Add the eggs, bread crumbs, and seasonings to the ground turkey and mix until everything is well combined. The mix should be moist but hold together. If it’s a bit too wet slowly add more breadcrumbs until you get the right texture.

Spread the meatloaf mix out in the pan and take care to densely pack the meat so it holds together. Bake in the oven for about 45 minutes or until well done.

Remove the meatloaf from the oven and allow it to cool. Use a very sharp knife to the meatloaf into ½ inch slices. You can make the slices thinner if the meat hold together very well and the knife is sharp enough.

Warm the pitas and place a few slices of the meatloaf on each pita. Add a few tomato slices and a bit of the lettuce or kale along with a few tablespoons of the tzatziki sauce.

Peel, seed, and shred the cucumber. Place the yogurt in a bowl and combine with the shredded cucumber and other remaining ingredients.

This recipe will make a lot of tzatziki sauce. You can store the extra sauce in the fridge for one week but I don’t recommend freezing it. Use the extra sauce as salad dressing or serve it with other kinds of roasted or grilled meat.