Silenced (aka The Crucible aka Dogani) 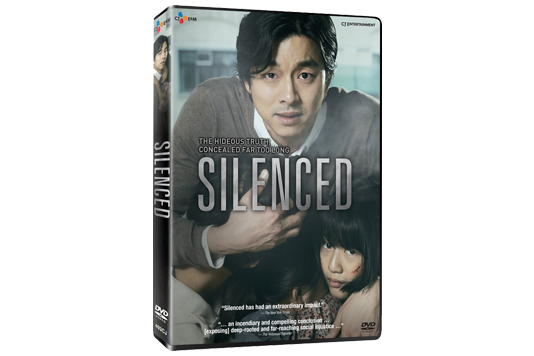 Silenced was adapted from a best-selling book by Gong Ji-young entitled The Crucible (aka Dogani). The book and movie recount the true story of South Korean students who were sexually and physically abused by teachers and administrators while attending a school for the hearing-impaired.

A new art teacher named Kang In-ho arrives at the school and notices that in addition to having to pay for his job (red flag #1?) something at the school is not quite right. I had a feeling of dread and unease as he was introduced to each creepy new adult at the school. The grungy feel and many unlit dark corners made the school itself seem like something from a horror movie.

Shortly after arriving at the school Kang comes across one of the students sitting on a staircase and while she says nothing, her demeanor seems to convey a feeling of hopelessness and despair. Shortly after, he witnesses a fellow teacher punching and slapping a young boy while the other adults in the room seem to be completely unfazed by the brutality. Those scenes are troubling enough but unfortunately foreshadow the degree of depravity and inhumanity the children of the school endure at the hands of the very people who are supposed to protect and care for them.

Kang serves as a protector who gains the trust of the children, delivers them from evil, and works with others to seek justice on their behalf. However, the teachers and administrators of the school are wealthy people with high-ranked connections on their side. The last half of the movie focuses on these two factions battling in court with a few moving and heart wrenching twists and turns along the way.

Silenced is one of those really great movies that draws you in from the beginning and keeps your attention after the credits have finished rolling. The visuals were great and the school essentially became another character. The acting was top notch all the way from the young children that you ended up wanting to protect on down to the sick bastards that you hoped would feel the wrath of justice. While from an entertainment standpoint the movie is excellent, its also tough to watch and will most likely make you furious at some points.

As of today, the movie is available on Netflix Streaming and the DVD will be released on 09/18/12 but is available for pre-order via Amazon and Barnes & Noble.