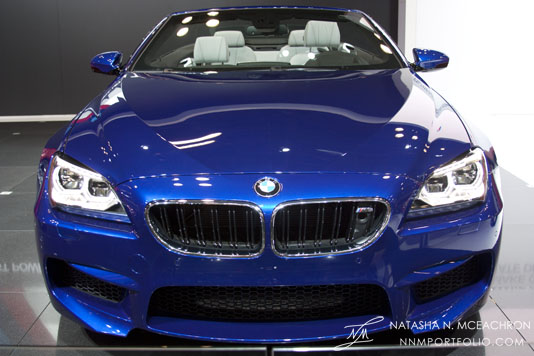 I had a great time at the 2011 car show and seeing photos from the 2012 Geneva show got me really excited about the 2012 New York International Auto Show. I attended the show on Friday 04/03 and had a good time taking photos but compared to last year it felt like the cars were squeezed in a bit and more tightly roped off. I thought it was cool that some of the manufacturers used tablets to present vehicle information.

I see front ends as being an ID for identifying the make and model of a car, its essentially a car’s face. I love BMW and the M Series are at the top of my list of favorite cars. I like that while BMW has made updates over the years to the front end, the changes have been gradual and allowed the M Series to maintain some consistency. 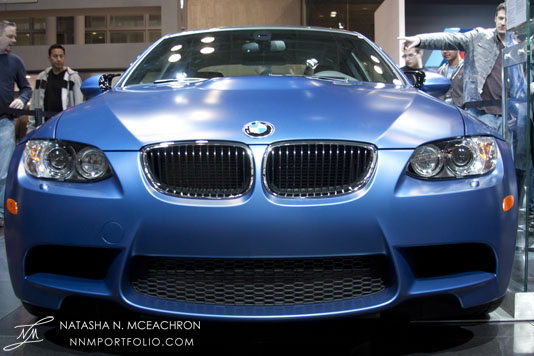 The new BMW i8 Concept carries on the design tradition of BMW. To be honest I hated the car when I saw it online before the show but its kind of cute in person. However, as with many of the futuristic concept cars that have been showcased in recent years it’s plasticky appearance makes the car look a bit cheap. 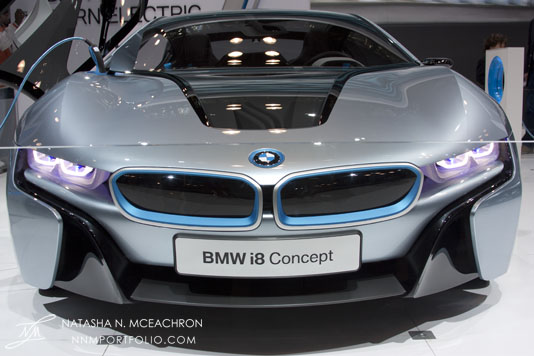 The Mercedes Benz SL65 AMG was one of the cars to debut at the NY Auto Show. The car is an exclusive special edition marking the 45th anniversary of the model. Only 45 units will be made. 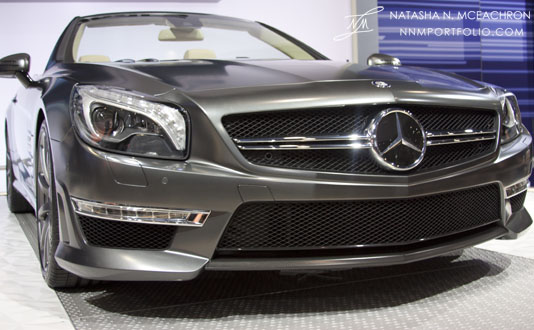 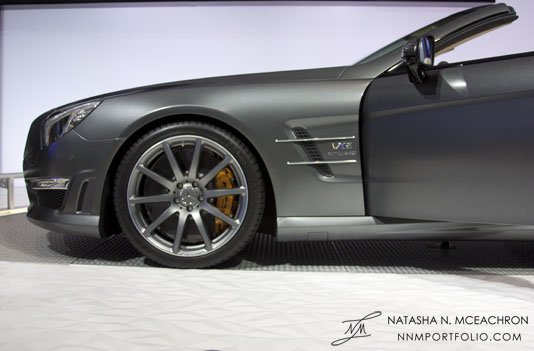 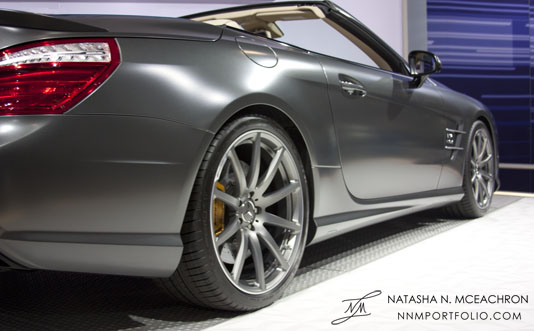 I think we’ve become accustomed to seeing cars with high gloss / candy paint but a few models at the car show were presented with what appeared to be a matte paint finish. It looked good on the Mercedes-Benz CLS but because of its interesting appearance people ran their hands over the car when they walked by. This paint option probably wouldn’t be a good idea if the car will be regularly parked on the street or in public places. 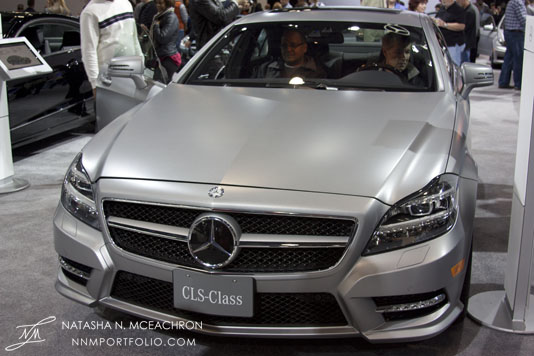 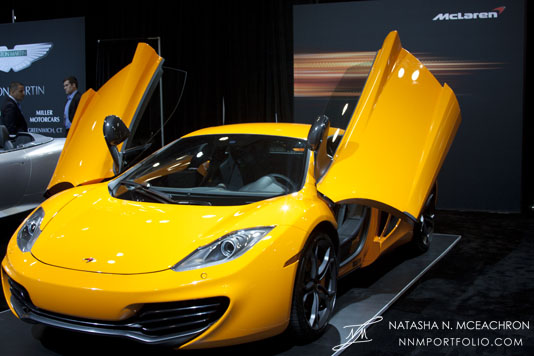 Bentleys are cool to look at but what really caught my eye was the hood ornament of the new Bentley Mulsanne. The traditional Bentley hood ornament is laid flat on the car and comprised of a chunky “B” in a circle with wings on both sides. The Mulsanne’s hood ornament is 3D and features a slimmed down “B” with a single wing extended from the stem of the “B”. It’s fresh and very nice but the “B” looks backwards if you’re standing on the left side of the car. A solution could be turning the emblem around so the “B” looks proper when standing in front of the car. I would probably also shift the wings to the right side of the “B” so it looks like it’s flying instead on being carried by the wings. 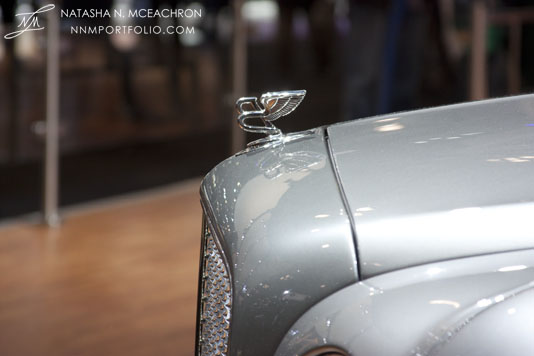 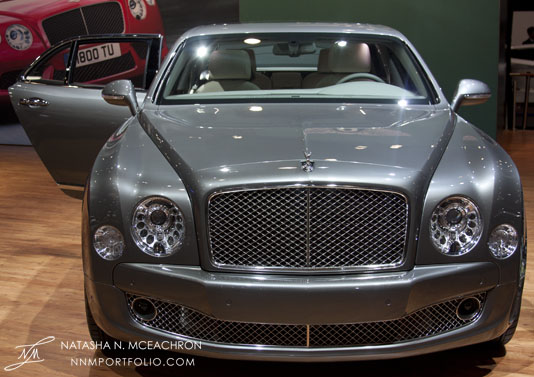 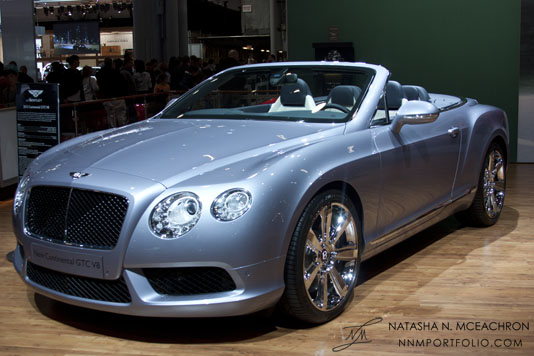 I saw the Rolls Royce Phantom at last year’s car show but didn’t notice that its a HUGE car. I had to back up quite a bit to fit it all in the frame. 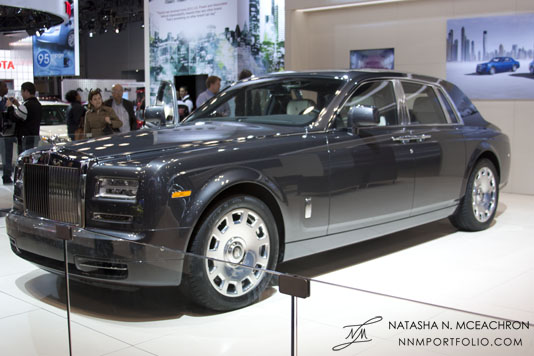 The Chrysler Group is re-introducing the Viper as a part of its SRT line of high-performance vehicles. The SRT Viper will be the street-legal production version and the SRT Viper GTS-R (way too many letters) will be the competitive racing version. 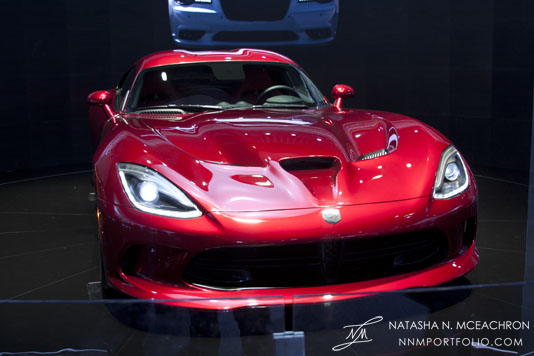 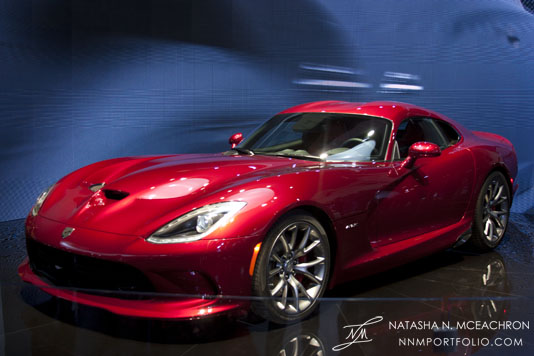 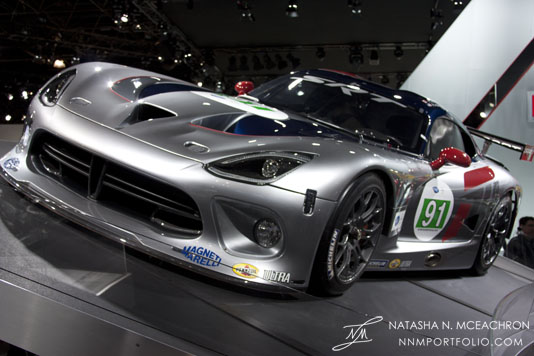 Everything you need to know about the Bugatti Veyron 16.4 Grand Sport: it goes fast (top speed of 253 MPH) and its expensive ($1.9 Million USD). 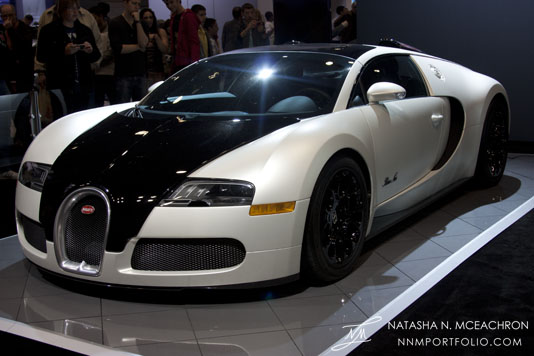 I noticed Spyker for the first time at last year’s car show when they presented the Spyker C8 Aileron. I didn’t see an information sheet at the car show so unfortunately I don’t know much about the manufacturer or the car. The C8 SWB has an old school classy appearance, it reminds me a bit of a Jaguar but I can’t think of the exact model. 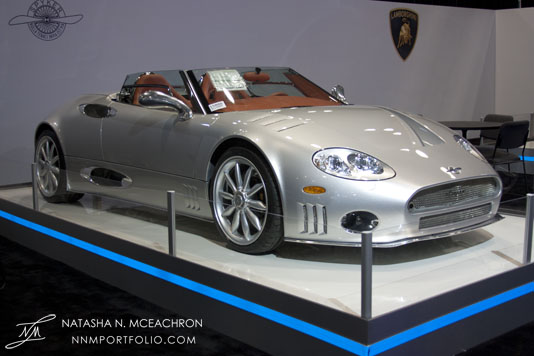 Fisker is a new car manufacturer that makes electric luxury vehicles. Let’s be honest, electric vehicles tend to be ugly as sin but Fisker’s cars are actually attractive. However, “Fisker” doesn’t sound like a name for a cool car company (it sounds more like they make cat food). 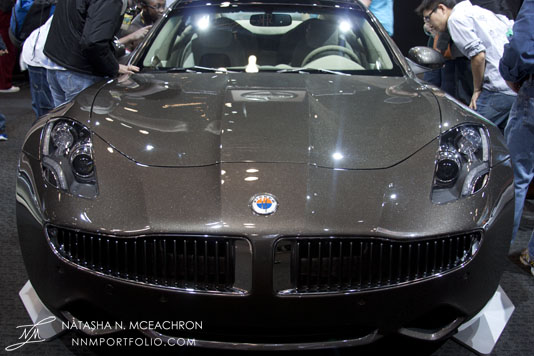 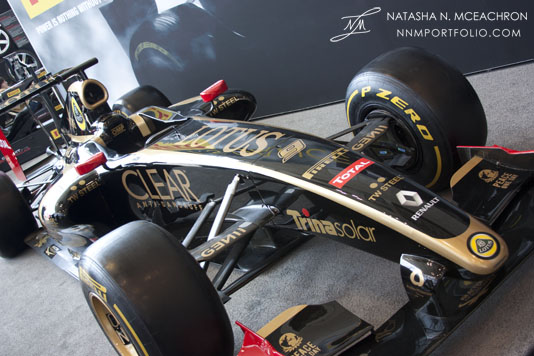