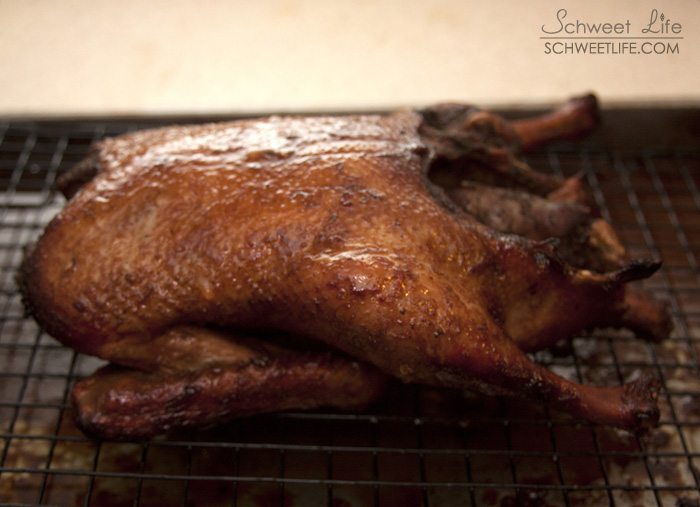 I was 12 the first time I had really good duck. It was at a gathering for a family member. As with many kids at this age, I fought tooth and nail about going but my mom wasn’t having that and and so off we went.

We parked and walked up to what appeared to be a questionable fish market based on the tanks of fish in all of the windows. The rest of our party was waiting out front and while everyone else shook hands and greeted each other, I stood off to the side pouting, determined not to have a good time. After a few minutes we were ushered past the fish tanks, up the steps, and into a dining room.

My eyes went wide because I’d never seen anything quite like it. The room was huge! It was filled with I don’t know how many large round tables covered with pristine white table cloths, each surrounded with people digging into plates of food. The waitstaff was rushing about with platters of things that looked good but that I’d never seen before. Suddenly this thing didn’t seem like it was going to be too bad.

After an endlessly tortuous eternity (it was probably just a few minutes), we were seated and I excitedly waited for our food to arrive. There was a flavorful but not overly rich corn soup, well seasoned hard shelled crab, and a few other dishes but for me the show stopper was the Peking duck. The skin was crisp and the meat was tender, juicy, and sweet.

My mom and I always planned to return to that restaurant but kept putting it off. I have an idea of where the restaurant was located (on Avenue U in Brooklyn across the street and down the block from Zooloo Leathers) but I don’t know its name and based on Google search it seems the place has probably closed. I’d love to go back but even if that never happens I still have the memories of that meal. I left that dinner a bit more open to new experiences and even more passionate about trying new recipes at home.

Have you had a memorable meal that you still think of months or years later?