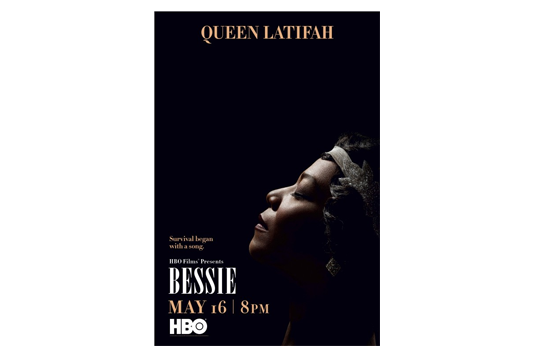 Bessie is an HBO film starring Queen Latifah in an excellent portrayal of 1920’s blues legend Bessie Smith. The film also features a solid star supporting cast masterfully portraying a collection of interesting characters. The movie primarily covers Bessie’s rise, fall, and comeback during the 20’s – 30’s with brief peeks back into her childhood. Bessie is quite good due to the great performances and cinematography but the story itself felt a bit lacking.

The first 20 minutes or so of the movie featured Ma Rainey (Monique) teaching Bessie the ropes of live performances. I admired Ma Rainey’s bravado and it made me want to see Monique appear in more movies, especially in dramatic roles. Few people have pulled out a firearm with such a mix of smooth panache and danger or made a gold tooth look downright fancy. I was a bit surprised to find that both Bessie and Ma Rainey were quite open about their sexuality. This was one of the topics that made me wish that the movie began a bit earlier in Bessie’s life.

Tika Sumpter plays Lucille, Bessie’s long-term lover and companion. There were a few funny and warm scenes between Lucille and Bessie but it felt as though she was mostly there as arm candy and didn’t have much to do. This might have been intentional given the nature of her role in Bessie’s life and the events of her final scene.

Mike Gee (Michael K. Williams) and Richard (Mike Epps) were two of the main men in Bessie’s life. Mike was her husband / manager while Richard was her lover / bootlegger business partner. It was interesting to see the juxtaposition of the relationships with these two men.

Bessie and Mike were spitfires on their own but together it was like placing a powder keg in a munitions warehouse next to a gas station and constantly setting and putting out fuses. Eventually it’s going to blow. Their passionate natures made good times great and they were playfully sweet in their own way. However, when times were bad, they were a danger to each other and anyone else around. Mike was a gangster and hustler who admired Bessie’s drive and pushed her to propel her career forward. However, his relentless drive and manipulative business methods made his motives appear questionable at times and created serious power struggles in the relationship.

On the other hand, Richard seemed to be a more steadfast and calming presence in Bessie’s life. He was quite removed from Bessie’s career but seemed deeply concerned with her as a woman. There was a sense of a deep connection between the two. However, aside from a few touching moments, the relationship with Richard wasn’t given enough attention to really get a feel for their relationship.

I adore Khandi Alexander and make it a point to try to check out any project that she appears in. Given that the promos listed Khandi as one of the stars, I expected her to feature heavily in the film. She certainly made her presence felt as Viola, Bessie’s older sister but there was very little back story and the character felt a bit underdeveloped. The fact that Viola still managed to be an interesting and frustratingly difficult person speaks to Khandi’s talent. Viola (along with several other characters) had a basic story at best and would have seemed rather flat if portrayed by a lesser actor.

I’m not going to go into detail about Queen Latifah’s performance to avoid giving too much of the movie away. She did an amazing job and really embodied the role of Bessie Smith. I was able to forget that I was watching Queen Latifah playing Bessie Smith and instead felt like I was just watching moments from Bessie Smith’s life. I enjoyed her overall performance but really appreciated the moments where she stepped out of herself to truly convey Bessie’s vulnerability.

It’s admittedly naïve but until recently, the idea that people back then weren’t much different from people now didn’t quite click for me. We would be led to believe that violence and sexuality are relatively new concepts. However, I thought it was interesting that danger seemed to be constantly lurking around the corner. A night out at a fish fry or juke joint could end with someone getting sliced with a straight razor or stabbed with a pocket knife. Not to mention the possibility of the Ku Klux Klan randomly showing up to cause trouble.

Movies certainly don’t have to flow in a linear pattern to be good or engaging. The film was mostly chronological but hopped around a bit, focusing too much on some events while spending too little time on others. I got the feeling that I was watching snapshots from the highlights of Bessie’s life rather than the definitive Bessie Smith movie.

At the end of the movie, I’d enjoyed the viewing experience but still had a lot of questions and felt a bit unfulfilled. I was perfectly fine with the ending but wanted to know more about Bessie’s childhood, her relationship with her siblings, and how she decided to get into music. I felt like I’d gained a good understanding of Bessie’s career but without having gained much insight into the experiences and motivations of the person. I felt like I knew of Bessie Smith but didn’t know her because she wasn’t fully fleshed out. The majority of what I saw as the film’s shortcomings were a result of the approximate two-hour run-time simply being too short and the movie mostly focusing on Bessie as an adult.

Some of my dissatisfaction might have been caused by having very high expectations for the film. To be clear, Bessie is a good movie. It isn’t perfect but it’s still enjoyable and worth seeing. I recommend checking out Bessie if you’re into music, a fan of any of the actors, or you’re just looking for a good movie to watch.